Windjammers 2 and its arcade mode 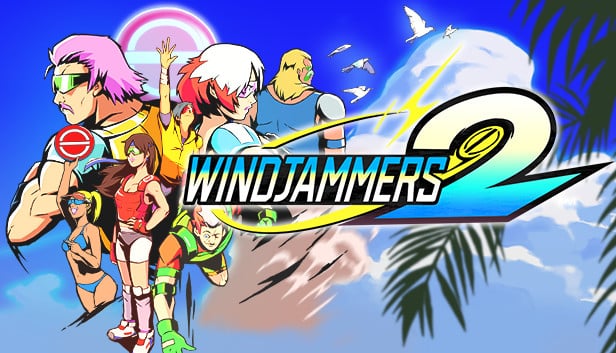 The sequel to the arcade classic created by DotEmu will not only offer multiplayer fun, it will also bring content designed to play alone.

After helping to revive Streets of Rage in a big way, France’s DotEmu’s next stop is to do the same with Windjammers. The original, created by Data East in 1994, stood out in the arcades by turning a concept similar to PONG into a frenetic sport, where two players faced each other and tried to score goals by throwing discs with all kinds of effects and rebounds.

Part of its appeal lay in its multiplayer, so that Windjammers 2 now goes online and these days it can be tested on Steam thanks to the demo published by the studio. The final version, which will also be released on Switch and Stadia, still does not have a release date, although to alleviate the wait – or make it worse, depending on how you look at it – DotEmu has released a trailer starring Steve Miller (one of the original launchers) where we can also get our first look at the arcade championship.

As its name predicts, this mode is oriented to a player, since in it we access different challenges against the CPU from a map according to the new aesthetic of hand drawing that the sequel boasts. The tests, in addition, will not be limited to winning, since the game will also reward us for fulfilling more specific objectives, such as using a certain type of throw several times in a match, and it also reveals at least one minigame, based on quickly breaking all discs thrown by a machine.

Discover how to assemble an Operating System for your bartop easily and cheaply !!

Don’t miss all the news about the arcade world and the gaming world on our Facebook, Twitter, Instagram and Talentec Blog, aren’t you following us yet? Check out