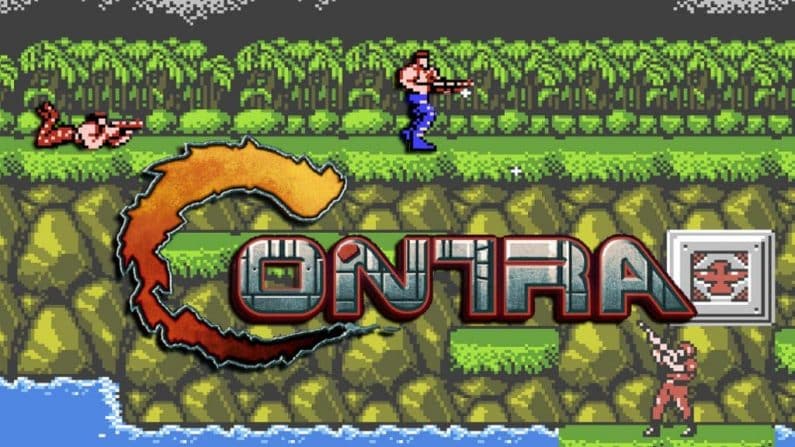 If you are a fan of the Nintendo Switch and retro games we have news that you are going to freak out with, and that is that last Friday in the console’s eShop they launched this treasure of Arcade Archives, Contra.

Contra is an action game that was released by Konami in 1987. Strongest warrior ‘Contra’ Bill and Lance will challenge the destruction of Earth’s alien invasion base, with their passion ‘Toukon’ (fighting spirit) and their innate guerilla tactics. The Japanese version and the Western version of Contra are included in this game.

We leave you some curiosities to learn more about the game, you, who are very nosy, do not miss it!

Contrary to popular belief, the first installment of Contra was released exclusively for arcade machines. Thanks to its frenetic and easy-to-understand gameplay, it gained many fans in arcade games, so Konami decided to launch a port for the home console of the moment: the Nintendo Entertainment System.

Contra was released in 1987, at the height of action movies and their actors, so it is not surprising that the developer took some liberties to design the cover of the game. The two guerrillas seen in the image bear a clear resemblance to eighties action icons Arnold Schwarzenegger and Sylvester Stallone in Predator and Rambo respectively. To top it off, the creature seen in the background is very similar to the xenomorph from Alien.

Contra? It may seem curious, but during the early days of the video game industry it was very common to see how the names of certain properties changed depending on the region in which they were released. Contra was no exception and in Europe, the franchise became known as Gryzor or Probotector by all players of that time. The change was due to the policies of some European countries that prohibited showing violence in games so Konami decided to modify it so as not to risk being banned in Germany and other nations.

Contra is one of the company’s first video games to make use of the legendary “Konami code”. The function of this cheat varied according to the title in which it was used so, in the case of Contra, the player obtained thirty lives instead of the typical three. The button combination was: up, up, down, down, left, right, left, right, B, A, Start.

Acclaimed artist H.R. Giger had gained recognition for having designed Alien’s xenomorph – Ridley Scott’s famous film – so Konami, to follow what was then trend, decided to give the same aesthetics to the creatures that the two guerrillas were going to fight. Monsters like Red Falcon, the final boss, had a similarity to the “eighth passenger”.

In addition to this game, courtesy of Blacklist Games and Kess Co., the board game will be released next year. The goal is to work together to defeat The Red Falcon Army. Throughout the board you can avoid threats, find new weapons, and survive dangerous areas. The interesting thing is that this is one of those games that works with time limits, and you will only have brief moments to plan and successfully carry out your attacks. Want to try it?

Pss, they told us that a few years ago they talked about a movie, but we haven’t found it, is it an urban legend or does it exist? Leave us a comment;)

Its price is around € 7 and we have found a perfect gameplay to make your mouth water with which you can see the dynamics of the game perfectly. Want to try it? We are looking forward to it 😉

Don’t miss out on all the news about the arcade world and the gaming world on our Facebook, Twitter, Instagram and Talentec fanpage, aren’t you following us yet? Take a look 😉