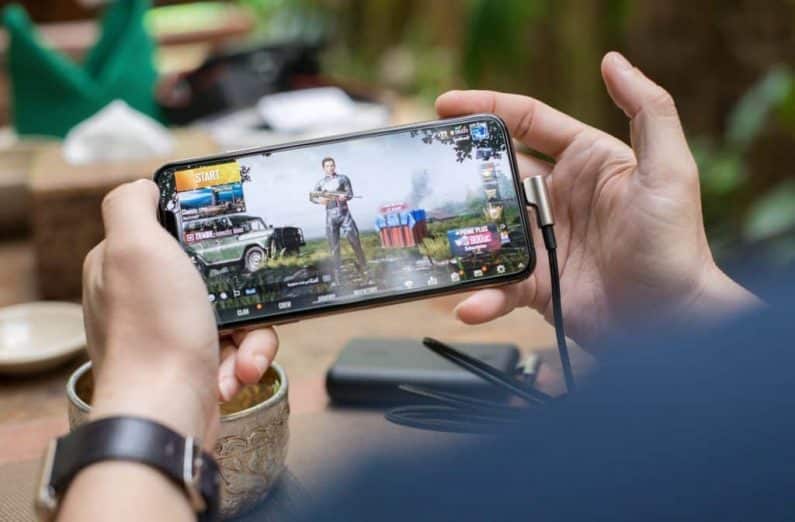 Fighting games have fallen by the wayside on the latest consoles, but for a long time, they reigned in the world of video games.

They were often the battlefield where players displayed their skills in arcade tournaments or huddled around a television with their best friends. Fortunately, the genre is still well represented on mobile devices, with a great mix of ports and original titles to satisfy punching fans.

Never let your favorite titles of this genre catch dust, and discover together with Talentec our eight favorite Android titles. Let’s start 😉!

Shadow Fight 3 is the latest entry in the fighting series for Android, and it’s a huge step up in quality. That’s saying something because Shadow Fight 2 was pretty awesome in its own right.

While the second game had a 2D art style where you control a shadow fighter silhouette, Shadow Fight 3 offers 3D rendered scenarios packed with a surprising amount of detail. Your fighters have emerged from the shadows, so to speak, and they look great.

The physics are spot on too – a timed heavy attack with a sword can make your enemy drop his sword and blow him away. There is a full campaign to play and tons of weapons, armor, and special attacks to unlock and customize your fighter. There’s no multiplayer here except for playing other people’s AI-controlled characters, but the focus on delivering outstanding graphics and smooth gameplay is worth it.

Best of all, this game is free to play, although there is an in-game currency you’ll need to purchase new weapons and other upgrades, along with available in-app purchases if you need an influx of coins.

The King of Fighters ’97

Unconditional fans of fighting games already know the name King of Fighters. It stands alongside Street Fighter as one of those revered arcade fighting games that has stood the test of time. This is a fairly complete port of the Neo Geo home game console game, which, most important of all for a ported fighting game, has support for Bluetooth controllers.

You can choose from 34 characters from the original game and create a dream team of fighters to take on an AI opponent or a friend through local multiplayer.

Street Fighter is one of the most iconic sagas in fighting video games. It appeared in arcade games in the 90s, and since then Capcom has not stopped releasing new installments to satisfy fans.

Street Fighter IV Champion Edition is a fighting video game that you can enjoy on your phone in the best possible way. All its excellent gameplay remains intact compared to the console and computer versions. In addition, the graphic optimization of the game is very good, so you can enjoy it with your phone even if it is not very powerful.

Skullgirls is a fighting video game with a design very inspired by the anime series. The pace of the game is very hectic, making it perfect for users who want to enjoy the action at full speed.

A very interesting feature of Skullgirls is that it includes RPG elements, so that you can get new skills and movements to improve your favorite characters.

It also includes a daily mission system, which is added to the interesting story of the game to keep you hooked for months.

MARVEL Battle of Superheroes allows us to put ourselves in the shoes of a large number of Marvel heroes and villains. This is a game that has been designed to be enjoyable in a very simple way, so the controls are really simple. You just have to touch the screen and drag your finger to the right and left to execute different strokes.

As the game progresses, your power bar will fill up, and the more charged this gauge is, the more powerful your attacks will be. A very original idea as well as tremendously fun.

Dragon Ball is one of the most iconic universes that have reached the world of television. This is the quintessential anime that tells us the most interesting adventures of Goku and Vegeta to protect the earth.

Dragon Ball Legends offers you the possibility to put yourself in the shoes of your favorite Dragon Ball character, and fight exciting battles, full of very powerful attacks and the most devastating blows you can imagine.

Mortal Kombat is a fighting game for phones and tablets that offers us a great selection of characters from Mortal Kombat 11, one of the most popular installments of the saga and one that was best received by fans.

It is a game in which you can fight individually, as well as create teams of fighters, and participate in exciting three-on-three fights. It is a must-have title for all fighting fans.

Gameloft is one of the most important companies in the panorama of video games for mobile phones, so we can expect a high quality product in each of its releases.

Gods of Rome is a fighting game that is inspired by some of the most iconic characters in ancient Roman mythology. This means that you can put yourself in the shoes of characters like Zeus, Vulcan, Prometheus and Black.

The scenarios have also been recreated with a great level of detail, you can fight in such emblematic places as Mount Olympus or the ruins of Pompeii among many others.

Meet the remastering of one of the most legendary retro games!

Don’t miss out on all the news about the arcade world and the gaming world on our Facebook, Twitter, Instagram and Talentec fanpage, aren’t you following us yet? Take a look 😉