Despite the wide variety of triple A games that are released today, retro games are becoming more and more popular. Although it is difficult to find games from 30 or 40 years ago and play them on a real console (or arcade machine), home retro-consoles have been gaining popularity lately. Any user can build a retro console at home using a micro-computer, such as the Raspberry Pi, and even on their own PC. All you need is the proper emulator and a ROM pack.

When we talk about arcade games we mean the games that were originally released for arcade machines. Although many of the original titles can be found today for other platforms, the recreational versions have something special that makes many users continue to prefer it.

FB Alpha, the most complete and organized pack

By the time we have looked for an alternative to MAME for the first time, we have surely come across Final Burn Alpha, or FBA. FB Alpha is not an arcade machine as such, but an emulator, with game packs specially designed for it, which will allow us to play practically all kinds of arcade platforms, such as:

CPS, Capcom classics in your hands

Capcom, of course, was also involved in the “Capcom Play System” arcade market, although it never managed to gain the same popularity as other rivals, such as NEO-GEO, mainly due to the low quality of many titles. The Capcom machines had three different versions, so we can find the game packs under the names CPS1, CPS2 and CPS3, each of them corresponding to a specific machine.

Some of the best games for these Capcom machines are:

NEO-GEO was the name given to the arcade machine marketed by SNK. This platform gained great popularity especially due to its 2D graphics and the excellent sound quality it offered.

Some of the most popular games that saw the light of day on this platform were:

Konami, the arcade that never succeeded

Konami is one of the best-known triple-A companies today. Some of its sagas, such as Metal Gear, Silent Hill and Castlevania, are among the best we can find. However, although it did not become very popular, this company was also involved in the arcade world with its own arcade machines.

Although several arcade titles have been released over the years, the most popular game is undoubtedly The Simpsons Arcade Game.

The best way to emulate the games of this arcade machine is through the RetroArch emulator. In addition, we can find the Konami Anniversary Collection, a collection of classics for PS4, PC, Switch and Xbox. A good opportunity to return to play these great titles in an original way. 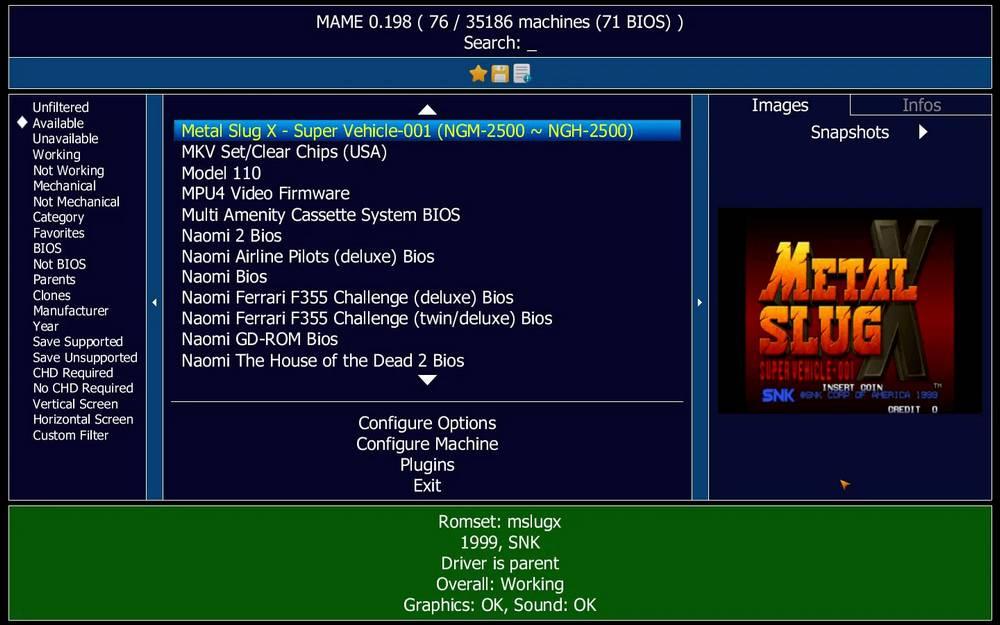 Sega System, the ships and cars of the arcades

Sega was another of the most powerful video game developers of the late 70s and 80s. In addition to the more than 500 games developed, Sega launched a total of 20 arcade systems, with ship and car games being the most frequent in this type of machine. Of course, Sonic could not be absent from Sega’s arcade machines, specifically the System 32, his first 32-bit machine.

Taito, the arcade from the original Space Invaders

Taito was another one of the strongest companies in Japan in the age of arcade machines. In all the gaming halls we could find machines with the popular games of this company, such as Space Invaders, Bubble Bobble, Arkanoid and even Qix.

Although the games of this company have been ported to other platforms from which they are more accessible (since the Taito machines barely left Japan), it is also possible to play their titles again thanks to the different emulators that exist for it.

On the web we can find a large number of websites from which we will be able to download all kinds of retro game packs. Some of the collections are official, such as those of MAME, with their corresponding versioning, and others are collections created by users and modified (for example, without repeated games, eliminating those that do not work, etc).

The games of the 80s and 90s are destined to disappear. And it’s a shame. Luckily, there are platforms, such as the Internet Archive, that look in every possible way to preserve all this. Therefore, by searching this website we will be able to find complete packs of classic and arcade games, packs that we can download completely free of charge and open it with the corresponding emulator.

Find out how to recycle your old pc and turn it into a jewel!

Don’t miss all the news about the arcade world and the gaming world on our Facebook, Twitter, Instagram and Talentec fanpage, aren’t you following us yet? Check out